Due to the reduction of the military forces in the 2nd half of the 4th century the former military camp was handed over to the civilian population in need of protection. For the remaining number of soldiers a small fortlet was built on the north western edge. This very “Burgus” offered room for about 50 men.

The construction had a dimension of 20m per 21m and was accessible from the camp’s side only through a recently restored gate.

In contrast to the massive outer walls the inner wooden construction could not be preserved. The four hook-shaped foundations in the centre bore wooden pillars which carried the beams and the tiled roof. They formed a little inner courtyard which granted air and light. 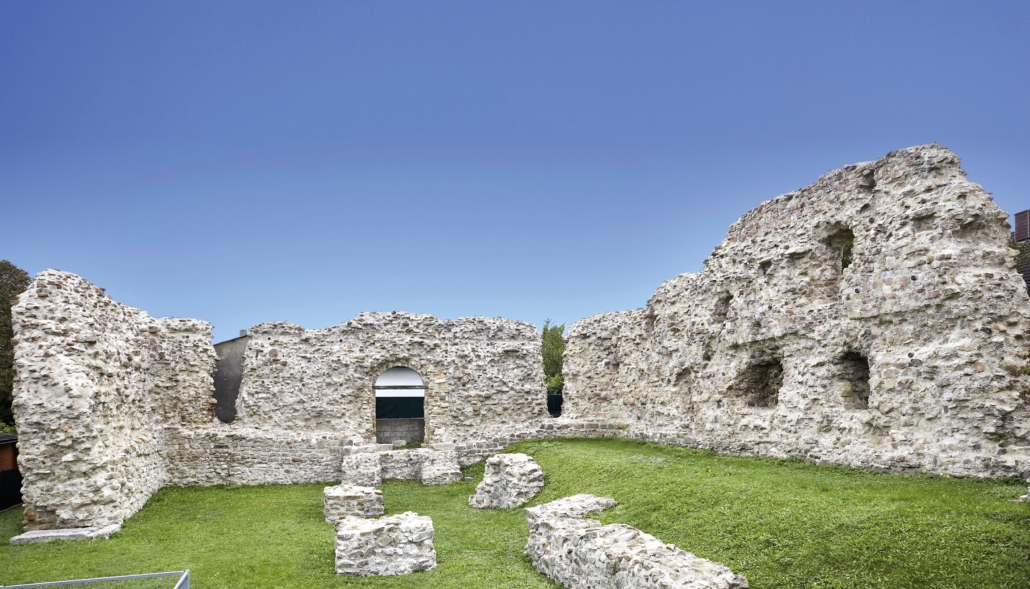 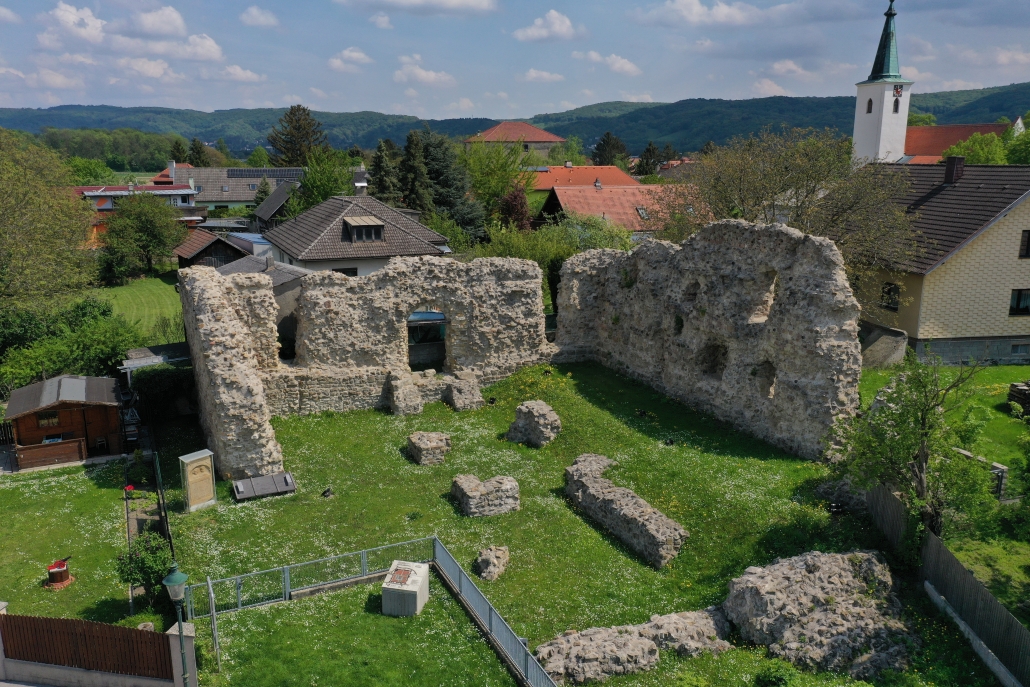 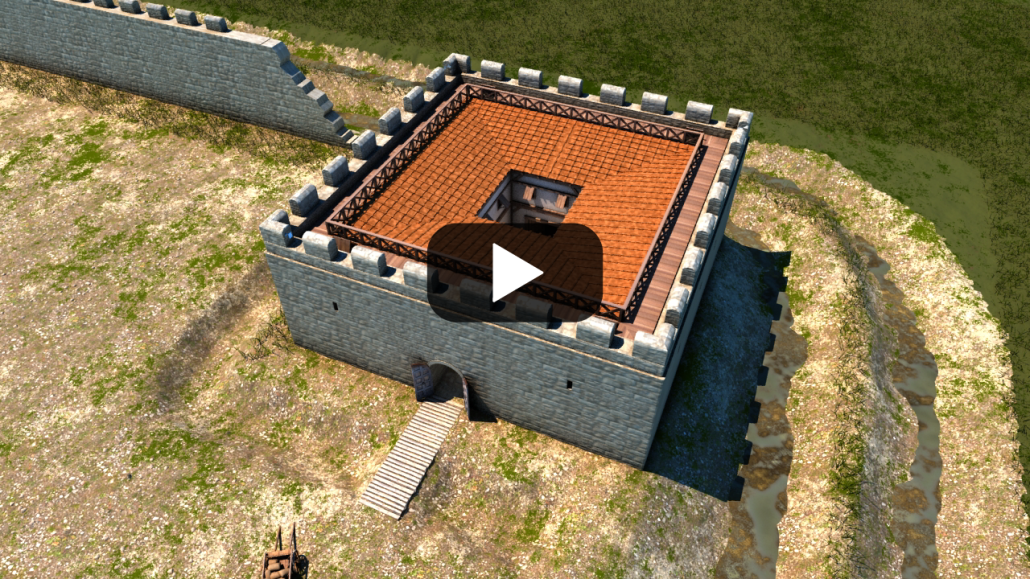 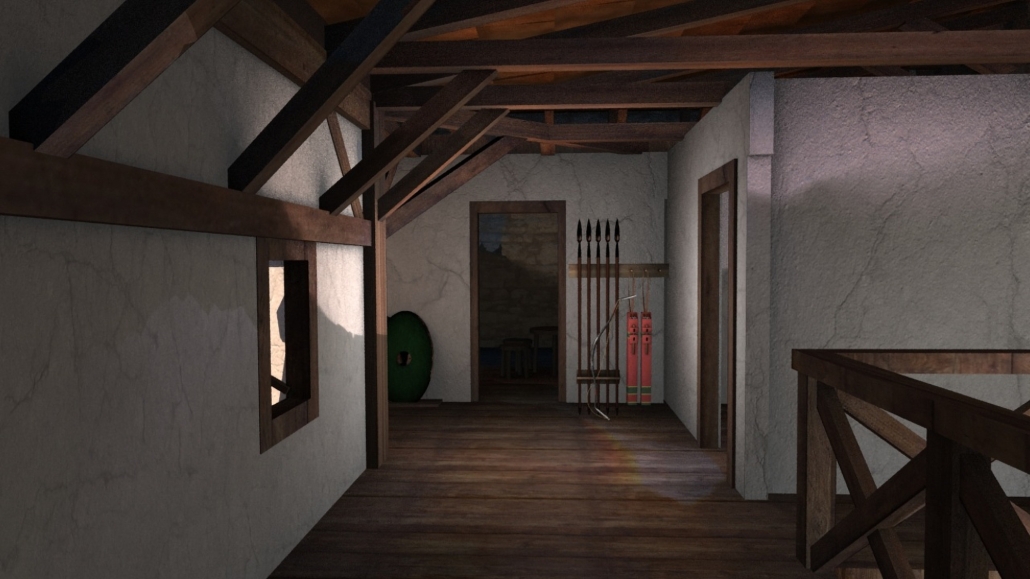 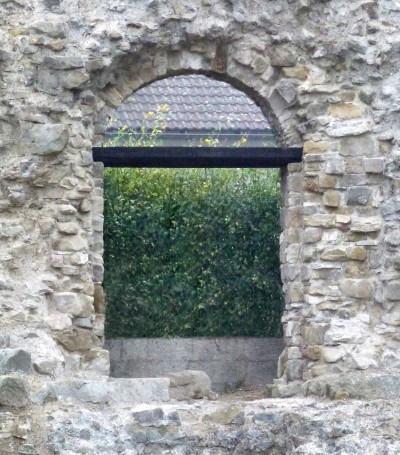 The walls at their base are around 1,9 meters wide, they get more narrow in each of the two storeys and consist of a mixture of mortar and cracked stones (“Roman concrete”/ opus caementium) with an outer layer of large square blocks Towards the interior the core of the walls is bare due to the looting of stones in the course of the time. The remains of the western wall of the building are in the foreground of the area. It collapsed already in late antiquity- either due to an earthquake or because of baring by water. 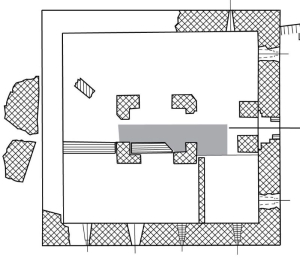 Storage and work rooms were located in the windowless ground floor, the rooms on the upper floor were used by the troops. They had windows towards the inner courtyard, but also little observation slits towards the outside, one of which has been preserved on the Northern outer wall.

The today free interior of the Burgus was blocked by small houses until the 1970’s. They were removed and subsequent examination of the walls proved their late Roman origin in contrast to their medieval provenience assumed so far.

The walls were restored and some re-used stone objects could be recovered: The important Devotion Stone (“Weihestein”) as well as the gravestone of “Aelius Aemilius”. Both are now kept in the Roman Showroom in the Municipal Office. A copy of the gravestone has been placed next to the Burgus.

The late Roman Burgus of Zeiselmauer with its inner courtyard is the only building of that type in Austria and therefore unique. Not even along the Danube Limes one can find comparable examples. Only along the Limes Tripolitanus in North Africa there are similar constructions.

Virtual reconstruction of the Burgus