At the beginning of the 4th century the fortifications were substantially reinforced primarily by massive towers at the flanks (horseshoe towers) and at the edges of the camp (fan-shaped towers). In Zeiselmauer the only one of those being left is situated at the north-eastern edge of the camp in the “Römergasse”.

Because of its fan-shaped layout it protruded from the camp‘s wall and thus enabled the defenders to make better use of their arms against attacking enemies. The original height of the tower was 9 meters, of which looming walls are still preserved. In the southern part of the building, the link to the camp’s wall can still be seen. The holes used for the scaffolding date back to the construction time and after restoration have been marked by wooden poles.

This fan-shaped tower is of eminent importance because it is the only free-standing construction of that type preserved in Austria. In neighbouring countries there are no comparable examples of a remaining construction volume like this either. It is the oldest late Roman building in Zeiselmauer. 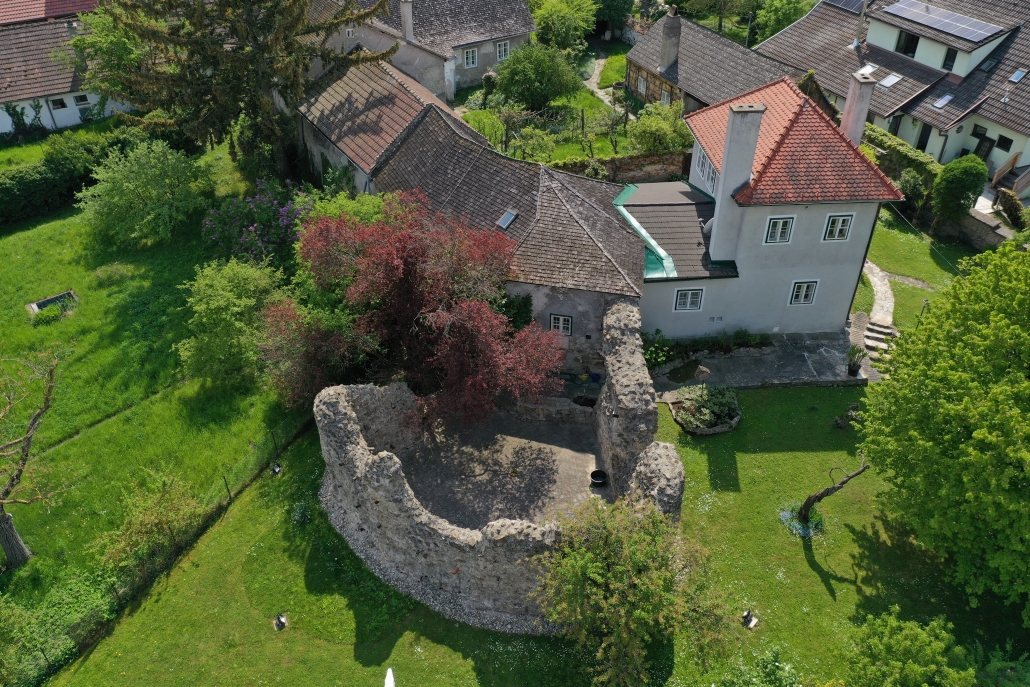 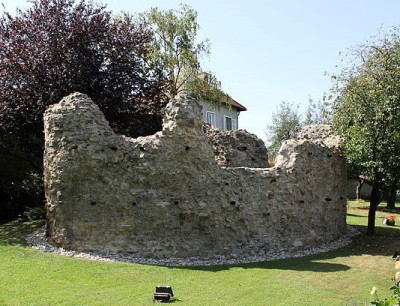 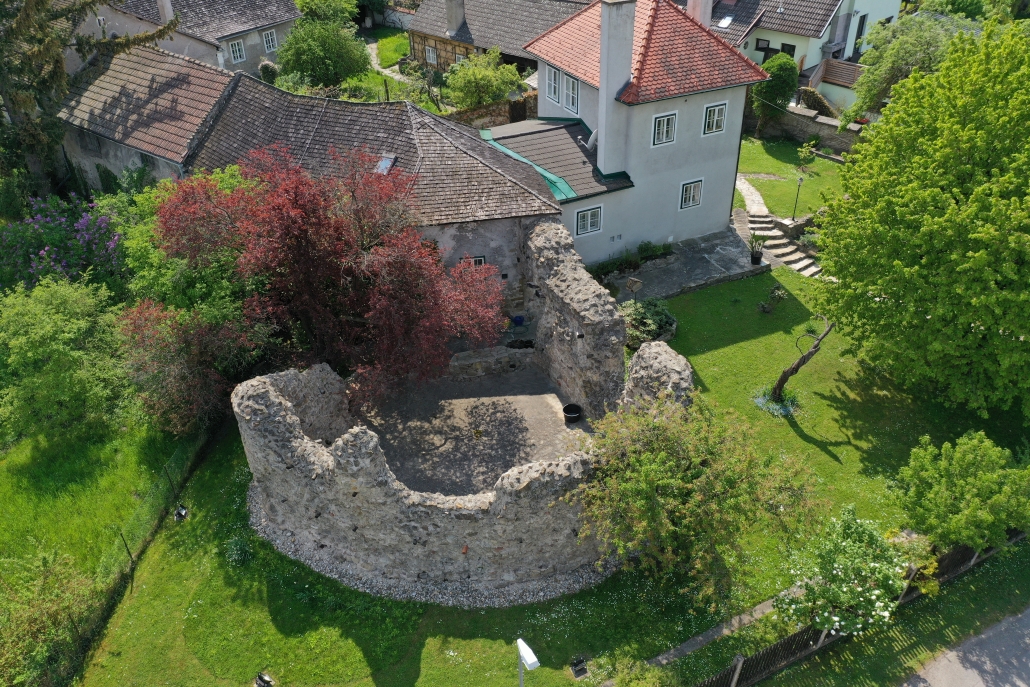