Crypt – Sanctuary of the Flags (“Fahnenheiligtum“)

Underneath the parish church one can still find remains of the principia (the Roman headquarter building) with the Sanctuary of the Flags. According to the imperial cult a life size bronze statue of the current emperor was worshipped. The swearing-in ceremony of the soldiers was also held here. The massive stone base of the statue which is still located at its original place (in situ) can be regarded as unique. The room, where the military insignia and standards of the troop were kept, largely represents the state of the third century to this day. 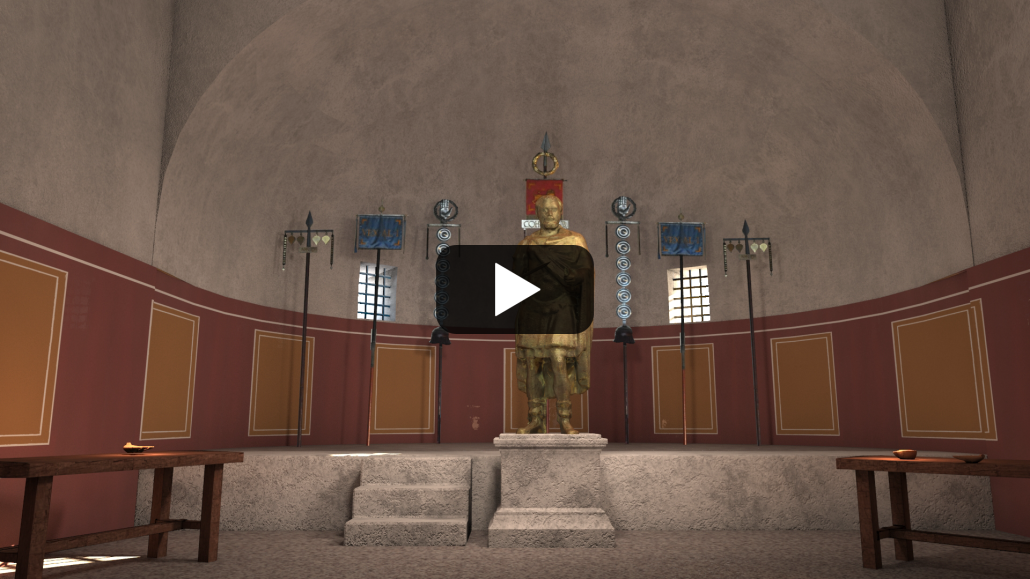 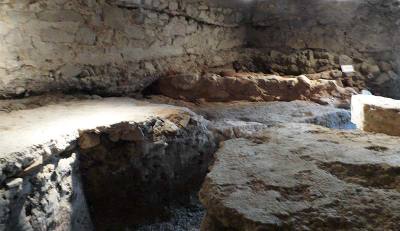 The previously unknown Sanctuary of the Flags was uncovered and made accessible only in the years 1981 and 1988. It was then that the foundation of a large round apse was found outside the church, which had completed the construction towards the south. A basilica had preceded it in the north.

Next to the largely intact sanctuary there is a room with archaeological traces from the 1st  century onwards. In the 4th century the civilian population settling in the fort area had installed cooking places and a duct of warm-air heating.

In the course of the excavations led in 1981 walls of a Carolingian hall church were found, which had been erected on the Roman foundation by Bavarian colonists in the 9th century. It belongs to the most ancient church buildings in Lower Austria.

Along the Austrian Danube Limes only two sanctuaries of the flags have survived: one under the parish church of Zeiselmauer, the other one under the church of Traismauer. In both cases the village names refer to their Roman origins (the ending “-mauer” meaning “wall” in English).

For preservation reasons and because of limited space visits are restricted to small groups under guidance and upon reservation only.