Since the 1st century the Roman Cannabiaca (Zeiselmauer) was the easternmost fort at the Danube Limes of the province of Noricum.

Its square-shaped layout is still preserved in the form of today’s church square. The  substantial reinforcement of the fortifications in the 4th century led to monumental buildings which are still characteristic of the village center today.

The Roman Tour is signposted as “Römerrundgang” and starts from the Church Square. It then leads to three buildings of the late Roman period, which can be considered unique in Austria: The Fortlet (Burgus), the Fan-Shaped Tower and the Granary.

The Roman Tour is freely accessible, about 500 meters long and barrier-free. Sign-boards in German and English can be found at the Church Square and the other spots mentioned above.

The Sanctuary of the Flags is kept under the parish church. It can be only visited with a guided tour upon reservation.

The Roman Showroom in the Municipal Office (walk of five minutes away from the Church Square) exhibits a selection of remarkable Roman finds from the fort and the civilian settlement. 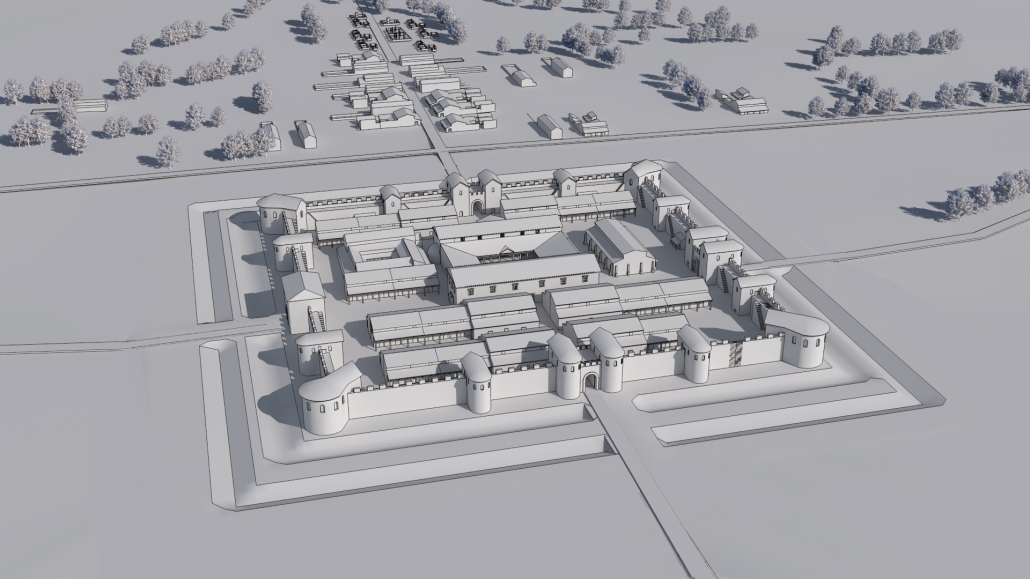