Zeiselmauer has a remarkable number of objects dating back to Roman times. The little exhibition shows a selection enriched by loans from Vienna’s Museum of Fine Arts, from the Federal Province of Lower Austria / Archaeological Park of Carnuntum and the Federal Monuments Authority Austria. All objects originate from Zeiselmauer and range from the 1st  to the 4th century. 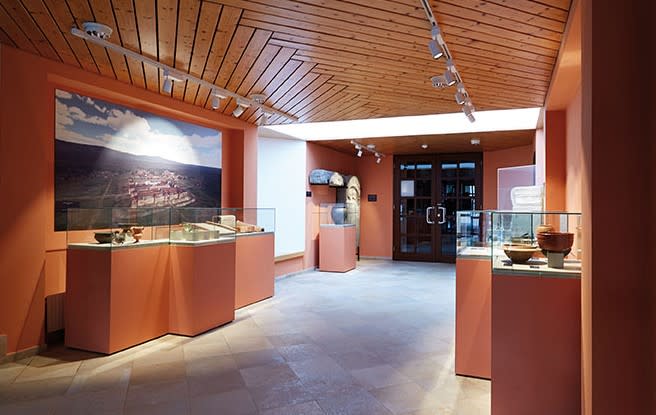 Apart from remarkable small objects the two most important stone-inscriptions of Zeiselmauer are noteworthy. Both have been recovered from secondary use in the Burgus. 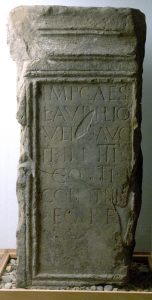 The Second Thracian Cohort donated the devotion stone to Emperor Lucius Verus in 164 AD. This troop was stationed in Britannia and then got transferred to Cannabiaca on the Danube Limes around the middle of the 2nd century. About 100 years later it returned to Britannia. The devotion stone is the only evidence of the presence of the troop in Noricum. 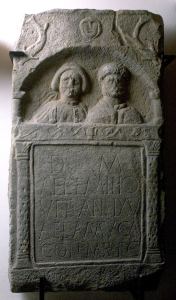 Aelius Aemilius, immortalized on the gravestone, was most likely a veteran of the Second Thracian Cohort- He was a Roman, his wife however, who also gets mentioned on the gravestone carries the Celtic name Amuca and is recognizable as a native by her costume. Both are typical representatives of the provincial Roman population of that period. A copy of the gravestone has been placed next to the Burgus.

In 2015 the private association “Freunde von Zeiselmauer“ (Friends of Zeiselmauer) designed the exhibition and financed it with the contributions of its members. The Municipality of Zeiselmauer provided the room for it in their office-building in Bahnstraße 6, Zeiselmauer-Wolfpassing.

The exhibition can be visited during the opening hours of the neighbouring bakery shop.